During the 8-day tour you will travel around Poland by private car. In 8 days you will see Poland’s top tourist destinations with local guides. You will also have free time to relax and explore Poland at your own pace. Your English-speaking driver will be at your disposal throughout the entire tour.

AB Poland worked with me to completely customize my three days in Poland and make the most of my time. They answered all of my questions, made great suggestions and built the perfect itinerary all at reasonable enough prices. Plus, my guides Jacek in Warsaw and Kinga in Krakow were knowledgeable and friendly hosts, making conversation easy. Have nothing bad to say at all. I would highly recommend AB Poland.

Walking down Krakowskie Przedmiescie Street (Royal Route) you can pass many important sites. In St. Anne’s Church, you can climb up it... [ read more ]

Palace of Culture and Science

Palace of Culture and Science was the highest building in the country for a long time. It is 237 meters high and was recently pushed to the ... [ read more ]

The Warsaw ghetto existed from November 1940 to May 1943 (when the Ghetto Uprising was put down) in the area of ​​today's Northern Srodmiesc... [ read more ]

Lazienki Royal Park consists of the Royal Gardens, that have been existing there since the 18th century, the Frederic Chopin's monument whic... [ read more ]

The famous Pauline Monastery of Jasna Gora is the main Catholic centre in Poland. Every August, thousands of people join... [ read more ]

Auschwitz-Birkenau Memorial & Museum is the former Nazi concentration and extermination camp. It was intended to carry out Hitler's Endl... [ read more ]

Wawel Hill, with the Cathedral and the Royal Castle, is the most picturesque and recognizable landmark in Krakow. S... [ read more ]

Kazimierz is a fascinating historical district tied closely with the Jewish culture. It was built in 1335 by Kazimierz Wielki (in fact that'... [ read more ]

Wieliczka Salt Mine, also known as the Krakow Salt Mine is a 'must' when you visit Poland! It is a world-class, Unesco-listed underground la... [ read more ]

In Zakopane you must take a ride by the funicular railway to the top of Gubalowka Hill(1,126 m). From the high altitude,... [ read more ]

On Krupowki, Zakopane’s most famous street, you will find local shops and stalls with products from the mountainous Podhale regio... [ read more ]

Arrival at Warsaw Chopin Airport or Warsaw Central Railway Station. Transfer to your hotel. In the evening, a Chopin piano concert performed by one of the most talented Polish musicians. During the piano recital, you will be served a glass of champagne/wine or a soft drink. After the concert, a traditional Polish food tasting in one of the best restaurants in the Old Town. An optional Polish folk dance show. Overnight in Warsaw.

After breakfast, a half-day private Warsaw city tour. You will explore the modern capital of Poland rebuilt after World War II, the seat of the Polish government since the 16th century, the business, the political and cultural heart of Poland. The tour includes all the must-sees of Warsaw: the Old Town with the Royal Castle and the Warsaw Mermaid, the Royal Route with the Presidential Palace and the University of Warsaw, the Lazienki Royal Park with the Chopin Monument. You will see also the former Jewish district with remains of the ghetto wall, the Monument of the Warsaw Uprising of 1944, and the Palace of Culture and Science. In the afternoon you will have free time at your disposal. Overnight in Warsaw.

After breakfast, a departure from Warsaw. Transfer to Czestochowa and a visit at the famous Pauline Monastery of Jasna Gora. It is the main Catholic center in Poland. Every August, thousands of people join walking pilgrimages to Jasna Gora to pray in front of the famous Black Madonna painting – one of the most recognizable sacred images in Poland. The monastery is also home to votive objects connected to Saint John Paul II, e.g. a part of the cassock stained with blood with a hole after the assassination attempt in 1981. The Pope himself visited this sacred place many times. In 1991, Jasna Gora was the venue for World Youth Day.

Afterward, transfer to Auschwitz Nazi Camp –  a primary symbol of the Holocaust. It was a concentration and extermination camp built and operated by the Third Reich in Polish areas annexed by Nazi Germany. The museum exhibition contains original documents, suitcases, shoes and other belongings of murdered prisoners. Then, a ride to Birkenau camp, which functioned as a war camp, extermination camp and place from which people were sent to labor in Nazi Germany. More than 90 percent of prisoners, mostly Jews, were killed there. Birkenau was mainly destroyed by the retreating Germans. Both camps are inscribed into the UNESCO World Heritage List.

After the visit to Auschwitz-Birkenau, transfer to Krakow. Overnight in Krakow.

After breakfast, a half-day private Krakow city tour. Krakow is the most popular tourist destination in Poland. It was the capital of Poland until the 16th century, now it is called “the city of kings”. The program includes the Main Market Square, Saint Mary’s Basilica, Krakow Barbican, Collegium Maius courtyard (the oldest part of the Jagiellonian University) and shopping time in Sukiennice (Krakow Cloth Hall) – once a major center of international trade. Afterward, a visit at the Wawel Hill with the Cathedral, the Royal Castle and the famous Wawel Dragon. Then, you will walk in the former Jewish district – Kazimierz, where you will see the most important places connected with Jewish history and culture, for example, the historic synagogues.

After the city tour, a horse carriage ride around Krakow. An optional dinner with Jewish Klezmer music in a restaurant in Kazimierz. Overnight in Krakow.

After breakfast, a departure from Krakow and transfer to Wieliczka Salt Mine, a world-famous UNESCO site. It is visited by more than 1 million tourists each year. It was built in the 13th century and produced table salt continuously until 1996. In the depth of 135 meters underground and during a trip through almost 3 kilometers of meandering corridors you will see chambers chiseled out in rock salt, saline lakes inside, timber constructions, and unique salt sculptures. You will also enter the only underground church in Europe.

After the visit to Wieliczka Salt Mine, transfer to Zakopane. Overnight in Zakopane.

After breakfast, a private Zakopane city tour. You will visit the main sights of “the winter capital of Poland” located at the foothill of the Tatra Mountains. You will see Wielka Krokiew Ski Jump, the best examples of wooden architecture characteristic of the Zakopane region, the oldest cemetery in Zakopane and others. After the guided tour, you will have a free afternoon for shopping in the famous Krupowki street and for trying out the local cuisine, including the regional oscypek cheese made of salted sheep milk. Overnight in Zakopane.

After breakfast, ride to Gubalowka Hill by funicular railway. From this popular viewing point, you will admire the breathtaking panorama of the High Tatras.

Afterward, transfer to Krakow. In the evening, a traditional Polish food tasting in one of the best restaurants in Krakow. Overnight in Krakow.

per person in a twin/double room – 8 people

per person in a twin/double room – 7 people

per person in a twin/double room – 6 people

per person in a twin/double/triple room – 5 people

per person in a twin/double room – 4 people

per person in a twin/double/triple room – 3 people

per person in a twin/double room – 2 people

per person in a single room – 1 person

Prices for groups of more than 8 people are quoted on request.

Accommodation with breakfast in 3* and 4* hotels. Exemplary hotels: 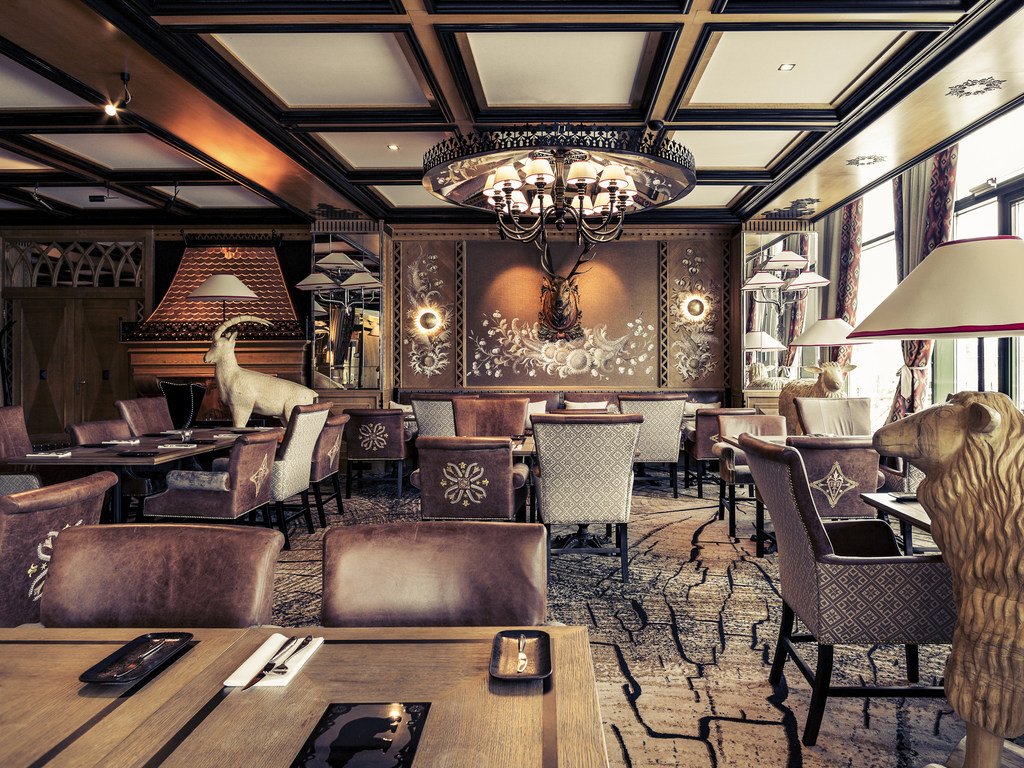 1 - 3 passengers
Included in the price

4-8 passengers
Included in the price

up to 20 passengers
Included in the price

For security reasons maximum size of backpacks or handbags brought into the Auschwitz museum cannot exceed dimensions: 30x20x10 cm. Please leave your bags in the car.

You need to go down 800 steps in the Wieliczka Salt Mine. In the beginning, you have to take 350 of them in order to get to the mine. Wear comfortable shoes. In case you have walking difficulties you can join a group for disabled tourists so that you avoid the steps (though you visit fewer chambers).

Please bring warm clothes for Wieliczka Salt Mine. The temperature underground ranges between 14° and 16° C.

You will be assisted by tour leader and driver (the same person) for the group up to 8 people.

If the group is bigger than 8 people, you will be assisted by tour leader and driver (2 persons).

I have done multiple tours with this company and found all of them to be excellent. Very good
communication and customer support. Recommended!

I participated in a few events organized by AB Poland Travel - Tours. They are extremely professional and trustworthy. Everything was organized perfectly. Piotr and his crew are very friendly, helpful and patient. I highly recommend this company! You will not be disappointed.

Fair price, excellent customer support, guide had full knowledge and nice transportation. Would do a
trip with them again.

The Many Faces of Poland – 14-day group tour